You probably know that people who suffer from sleep apnea are likely to show symptoms such as excessive fatigue.

But did you know the symptoms from children with sleep disorders could mimic those of attention deficit hyperactive disorder (ADHD)?

Recently, scientists in Great Britain completed a study of 11,000 children between the ages of six months and six years old. The results showed that children who had disrupted sleep from snoring or other sleep breathing disorders like sleep apnea were anywhere from 40 to 100 per cent more likely to exhibit ADHD-like symptoms when compared to children who breathed well throughout the night.

These ADHD symptoms associated with sleep breathing disorders in children may include any combination of the following: 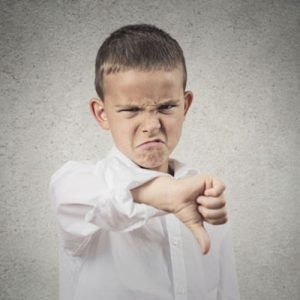 If your child has sleep apnea, his or her airway becomes temporarily blocked during sleep, causing your child to wake because the brain recognizes there is not enough oxygen flowing through the body. This means your child does not receive the amount of quality restful sleep needed to restore the mind and body adequately.

If your child is exhibiting ADHD-like symptoms, it is important to determine the true cause of the symptoms before embarking on a course of treatment—especially one that involves prescription medication.

If your child is showing signs of ADHD, in combination with any of these symptoms of sleep apnea, then a sleep breathing disorder may be the true cause of their behavior. Look for these symptoms:

Does your child have any of these symptoms?

If your child is showing any combination of the symptoms above, he or she should be evaluated as soon as possible for a sleep breathing disorder. This problem will not go away! Contact our office in Pittsford, NY, today at (585) 248-2575 to schedule a consultation.

Pittsford Dental Excellence Center is here to serve patients in the area of Fairport, Pittsford, and Rochester, NY.