Did you know that, in children, the symptoms of a sleep breathing disorder and sleep deprivation often manifest as being identical to a hyperactivity disorder such as ADHD or ADD?

Parents, do any of these issues sound familiar regarding your child?

If your child repeatedly exhibits any of the above issues or other symptoms of a hyperactivity disorder, you probably have been seeking help. This might have led you to seek the services of your child’s pediatrician or even a mental health professional. However, if your child exhibits chronic behavioral issues, your Pittsford dentist, Dr. Sam Guarnieri, should also be part of your child’s health care plan, and treatment.

Consider the case of Connor Deegan, as chronicled in a video by the American Academy of Physiological Medicine and Dentistry. Connor exhibited all the behaviors listed above at various points in his childhood. His parents, seeking answers, pursued a variety of different diagnostic options—including a sleep study. (See the video above).

The findings of the sleep study found that Connor suffered from the following:

Following up on these findings at Lurie Children’s Hospital in Chicago, Connor was found to have an undiagnosed airway issue, stemming from chronic mouth breathing due to congestion because he suffered from several also-undiagnosed allergies.

The consequences of mouth breathing, for Connor, included the following:

All of the above—narrow dental arches, no room for the tongue, and enlarged tonsils—are fuel for the fire when it comes to the likelihood of developing a sleep breathing disorder. Disordered breathing that occurs at night is often a result of obstructive sleep apnea, which is defined as an airway issue that impedes or interrupts breathing while sleeping.

Known as one of the most severe sleep breathing disorders, obstructive sleep apnea often results in episodes of complete cessation of breathing. Every time one of these blockages occurs, a sleep apnea patient is roused from sleep as the brain signals the body to breathe. These blockages disrupt the sleep cycle, leading to consequences such as sleep deprivation, chronic daytime fatigue, and poor performance at work or school.

Connor’s video concluded that by addressing the airway issues, he experienced significant improvement in both his grades and his behavior. Because the symptoms of hyperactivity and sleep disorder are so common in children, if your child is dealing with any of the above behavioral issues on a regular basis, your local Pittsford sleep apnea dentist, Dr. Guarnieri, urges you to schedule a sleep study for your child as soon as possible. Pittsford Dental Excellence Center specializes in sleep apnea dentistry, a focus of dental science that emphasizes evaluating the airway to diagnose and treat airway issues including sleep-breathing disorders.

The solution to your child’s negative behavior is within reach. To schedule a sleep study or airway evaluation for your child, contact our office in Pittsford at (585) 248-2575. 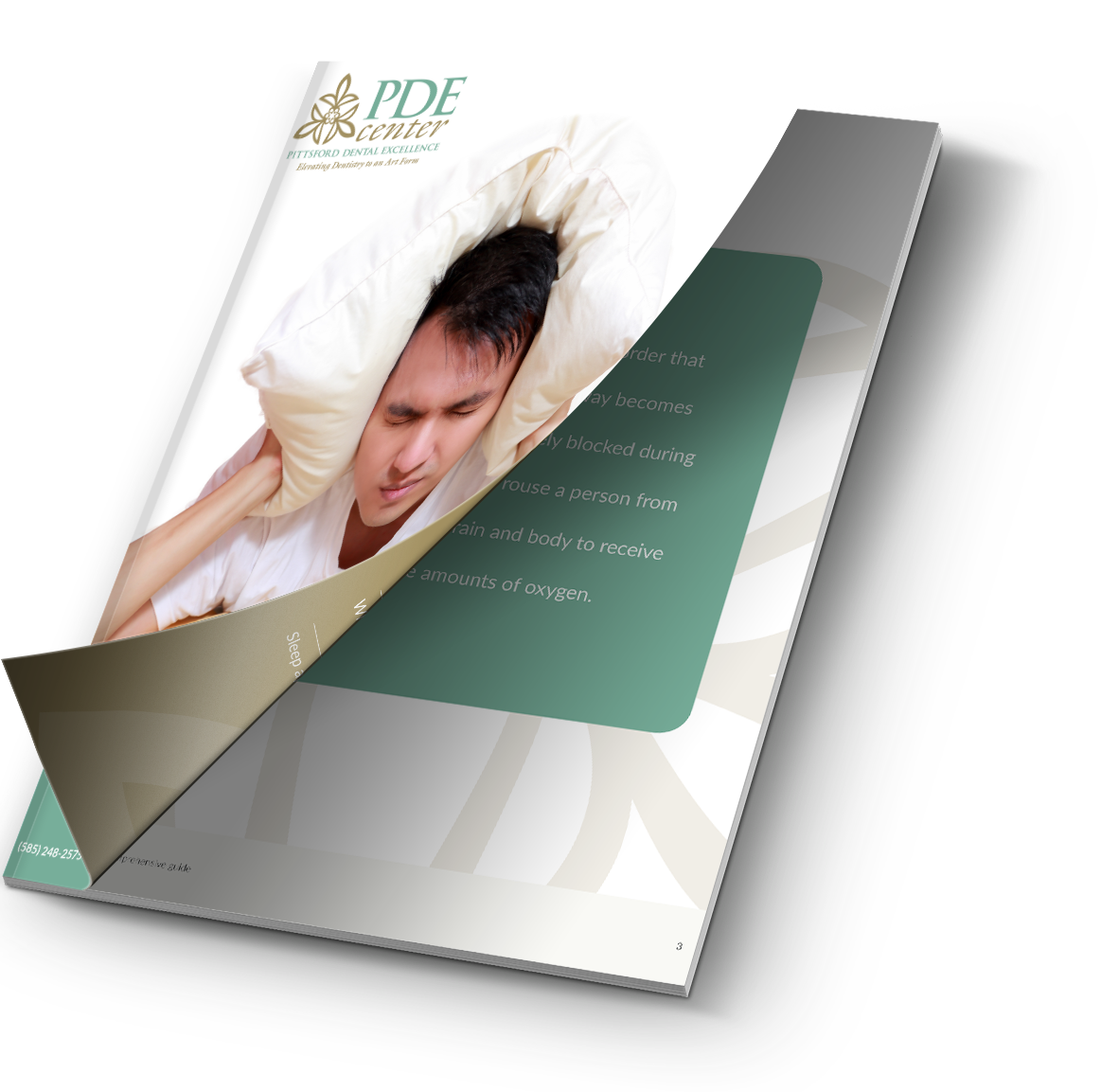 Compare your snoring over time and evaluate the effective of remedies and lifestyle changes.